Insights on dealing with Coronavirus based on a report from the World Economic Forum and the Harvard Global Health Institute. As early as 2019, warnings of such a virus were issued and companies were encouraged to better prepare for a pandemic. 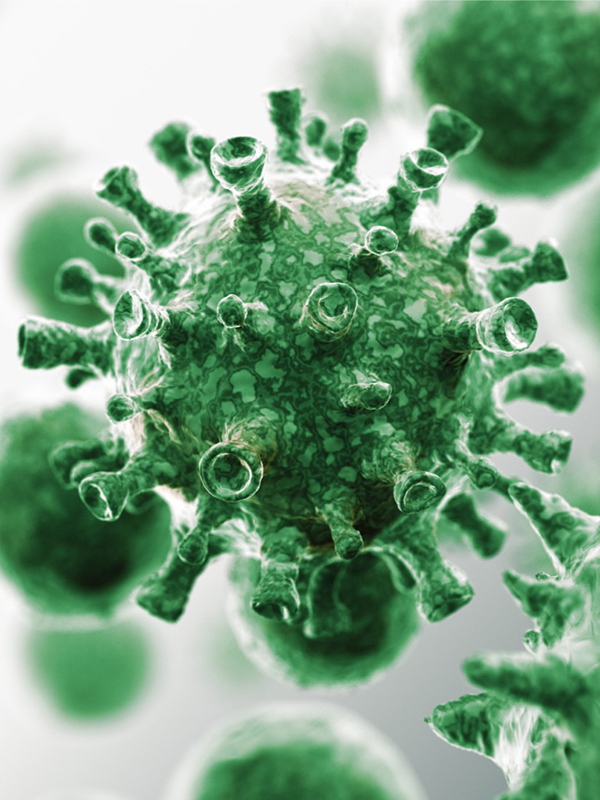 In 2019, the report ‘Protecting Lives and Livelihoods across the Global Economy’ was published that warned companies and societies about the growing risk of infectious diseases and pandemics. The report’s authors emphasized that this risk was underrepresented in the risk analyses of companies and governments. The warning was therefore firm and concrete: ‘the world is insufficiently prepared’ to detect and properly respond to outbreaks. It predicted that outbreaks and epidemics could cause catastrophic social and economic damage if they were to occur.

We are neurologically conditioned to pay attention to large contrasts and sudden changes. But not to slow movements and changes, even though they can have disastrous consequences. The evolution of pandemic risk is one such slow change.

Just one year later, the new coronavirus forces the Chinese government to issue the largest quarantine order in human history. This affects an estimated 45 million people. Now, a few months later, global cases of the virus (as of March 15, 2020) have passed 130,000. Nearly 5,000 people have died from influenza COVID-19. People have been infected in 116 countries. Nearly 100,000 people have already recovered from the virus.

In almost all infected countries, schools have been closed and mass meetings canceled. In some cases, even borders have been closed. The WHO has officially declared the outbreak a pandemic. More disruption will follow.

The WHO is cautiously optimistic about containing the virus and the impact of the virus itself on our health. Much less optimistic is the WHO about the impact on the economy. Markets and stocks are down as a result for a severe economic recession. Travel restrictions and quarantines affect hundreds of millions of people. Disrupt just-in-time supply chains. And cause sales warnings in a variety of sectors, including technology, automotive, consumer goods, pharmaceuticals and tourism.

Resilience as a duty of care for society and economy

The report cites estimates by economists that pandemics will cause annual economic damage equal to 0.7% of global GDP (i.e., over $600 billion) in the coming decades . A threat financially comparable to that of climate change – provided we stay within the Paris limits. The report goes on to state explicitly that with the increasing risks “we cannot afford to continue as before.”

Given the recent cycle of panic and chronic neglect of pandemic preparedness, much of the world, following the COVID-19 crisis, is likely to revert to complacency and be inadequately prepared for the inevitable next outbreak.

Governments, companies and societies that do invest in strategic, operational and financial resilience to emerging global risks will be better positioned to respond appropriately and recover more quickly.

The report outlined how governments and businesses must become pandemically resilient. By investing more in strategic, operational and financial resilience. The report also suggests that these measures are a duty of care for government, businesses and society. Instead of CEOs being “bewildered bystanders” with their hats in their hands asking the government for support (KLM as a big polluter and climate killer is even at the front of the queue), the report urges them to take on the threat of epidemics. To create a safer, more stable world for all. So that when the next pandemic outbreak or climate crisis manifests itself, the world is better positioned to respond and recover.

ALSO READ:
>The economic effects of COVID-19 around the world
>Impact of Coronavirus on business

estimate of annual economic damage caused by pandemics (over $600 billion)

Number of epidemic outbreaks between 1980 and 2013, in all countries with 44 million infected people

Number of new signals of possible new outbreaks per month (according to WHO, January 2019)

of all countries are NOT well prepared to prevent, track and stop an epidemic

There are several powerful global developments and trends that explain the increased frequency of outbreaks of epidemics and pandemics:

No or insufficient effective medical countermeasures are available. For both unknown and most common pathogens. But this is only half the story. The rest is cultural and linked to fundamental flaws in human nature.

The cycle of panic and neglect

In 2005, 196 countries, including all WHO member states, agreed to the International Health Regulations (IHR). This is a legally binding agreement to help the international community prevent and respond to acute public health risks. In particular, those that can cross borders and threaten people worldwide.

There have also been promising efforts, such as the WHO R&D Blueprint and the new Coalition for Innovations in Epidemic Preparedness. Significant progress has been made since the response to Ebola in West Africa between 2014 and 2016.

But unfortunately, a cycle of panic and neglect is more typical. World leaders are quick to discuss epidemic preparedness, but only after a major outbreak. Then there are calls again for better preparedness and new investments. And then nothing happens again. This was also the case after the Ebola outbreak in West Africa in 2014. And the outbreaks of H1N1 and SARS before that. While small advances are often made after these calls, the same is certainly true of the neglect to properly prepare for the next outbreak from now on.

Previous disturbing examples of this cycle of panic, neglect and poor preparation include (according to a report by the World Bank International Working Group on Financing Preparedness charts):

The potential economic damage, resulting from infectious disease outbreaks are enormous, as recent events have shown. Globalization has brought enormous growth in wealth. In both developed and emerging markets. It has also provided greater freedom of movement for labor and capital. This in turn has led to increasingly interdependent economies. While this development may have seemed like a boon to prosperity until now, it turns out that it has not only been catastrophic for our planet, but that risks of outbreaks of infectious diseases have also been increased. With serious consequences for our health and well-being.

Technology is also an amplifier

Technology has also accelerated “informational contagion” among all populations. The global public health community has traditionally focused on monitoring pathogens. At the same time, it also monitors the spread of viruses and bacteria through humans and animals. As modern information technology accelerates the spread of information between people, “informational contagion” also increases. This amplifies the negative economic impact of infectious disease outbreaks.

A recent World Bank estimate suggests that only 39% of economic losses, due to outbreaks, are related to effects on infected individuals. Most of the cost is due to the behavioral change of healthy people who try to avoid infection.

Take the 2015 MERS coronavirus outbreak in South Korea. Although fewer than 200 people were infected and only 38 died, nearly 17,000 people were quarantined. Estimated cost: $8.5 billion.

In our modern economy, relatively small numbers of infections can have enormous economic effects. These often go far beyond the initial impact of the outbreak.

The South Korean outbreak of the MERS coronavirus also showed how posts on social media helped cover up the fact that hospitals were admitting MERS patients. Even when agencies publish accurate, timely and useful information through official channels, most people still get their information about health issues through other media and sources.

ROI: the role of businesses

Again, the danger is that once the virus outbreak is no longer front-page news, epidemic preparedness wanes and budgets and agendas refocus on the delusion of the day. But new outbreaks are bound to occur and without sustained attention and making and keeping adequate resources available, they are very likely to cause huge panic and fears again.

Investments needed to improve preparedness for future pandemics are relatively small relative to the risk of being unprepared. Responding to outbreaks after they occur costs far more money and lives.

A new public-private framework is needed to better understand the effects of epidemics and pandemics and how to better communicate them.

Companies are normally well positioned to contribute to pandemic preparedness and response. This can limit the financial damage to themselves and to society. The ability of companies to influence the behavior of their employees, as well as their sophisticated communications infrastructure, plus the options to lobby and collaborate with governments, make companies perhaps the most important party in responding to the threat and controlling outbreaks.

Understanding the behavioral effects on economies requires insights beyond the biomedical sciences. Information from fields such as economics, sociology, and social psychology are also eminently important.

The dissemination of COVID-19 now requires global collaboration among governments, international organizations, and industry. It has spurred the creation of the World Economic Forum’s COVID Action Platform. The global platform, the first of its kind, aims to convene the business community for collective action, protect people’s livelihoods and optimize business continuity. The platform also seeks to mobilize sufficient support and resources to effectively combat the COVID-19 virus. The platform was created with the support of the World Health Organization and is open to all companies and industry groups, as well as other stakeholders. With the aim of integrating joint actions and keeping each other and societies well informed.