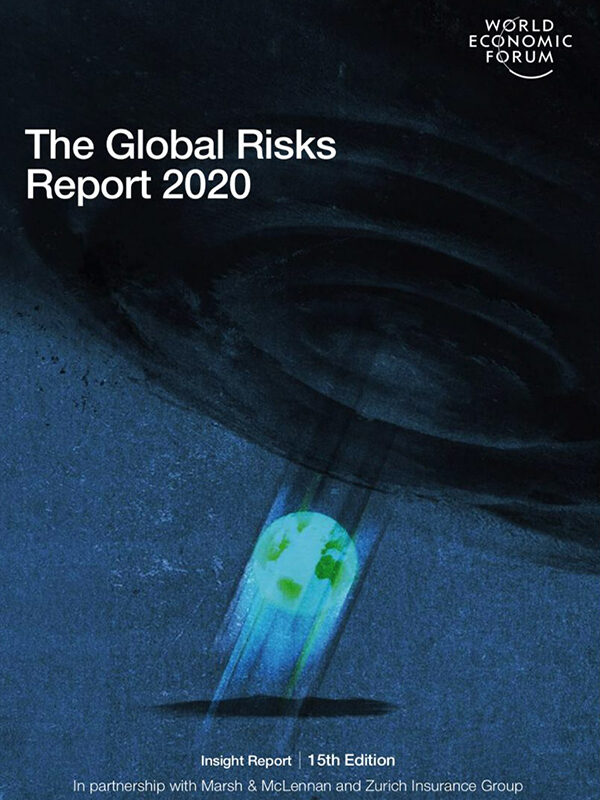 The world cannot wait for the fog of geopolitical and geo-economic uncertainty to lift. Opting to ride out the current period in the hope that the global system will “snap back” runs the risk of missing crucial windows to address pressing challenges. On key issues such as the economy, the environment, technology and public health, stakeholders must find ways to act quickly and with purpose within an unsettled global landscape. This is the context in which the World Economic Forum publishes the 15th edition of the Global Risks Report.

Powerful economic, demographic and technological forces are shaping a new balance of power. The result is an unsettled geopolitical landscape—one in which states are increasingly viewing opportunities and challenges through unilateral lenses. What were once givens regarding alliance structures and multilateral systems no longer hold as states question the value
of long-standing frameworks, adopt more nationalist postures in pursuit of individual agendas and weigh the potential geopolitical consequences of economic decoupling.

Beyond the risk of conflict, if stakeholders concentrate on immediate geostrategic advantage and fail to reimagine or adapt mechanisms for coordination during this unsettled period, opportunities for action on key priorities may slip away.

Recent editions of the Global Risks Report warned of downward pressure on the global economy from macroeconomic fragilities and financial inequality. These pressures continued to intensify in 2019, increasing the risk of economic stagnation. Low trade barriers, fiscal prudence and strong global investment—once seen as fundamentals for economic growth—are fraying as leaders advance nationalist policies. The margins for monetary and fiscal stimuli are also narrower than
before the 2008–2009 financial crisis, creating uncertainty about how well countercyclical policies will work. A challenging economic climate may persist this year: according to the Global Risks Perception Survey, members of the multistakeholder community see “economic confrontations” and “domestic political polarization” as the top risks in 2020.

Amid this darkening economic outlook, citizens’ discontent has hardened with systems that have failed to promote advancement. Disapproval of how governments are addressing profound economic and social issues has sparked protests throughout the world, potentially weakening the ability of governments to take decisive action should a downturn occur. Without economic and social stability, countries could lack the financial resources, fiscal margin, political capital or social support needed to confront key global risks.

Climate change is striking harder and more rapidly than many expected. The last five years are on track to be the warmest on record, natural disasters are becoming more intense and more frequent, and last year witnessed unprecedented extreme weather throughout the world.

Alarmingly, global temperatures are on track to increase by at least 3°C towards the end of the century—twice what climate experts have warned is the limit to avoid the most severe economic, social and environmental consequences. The near- term impacts of climate change add up to a planetary emergency that will include loss of life, social and geopolitical tensions and negative economic impacts.

For the first time in the history of the Global Risks Perception Survey, environmental concerns dominate the top long-term risks by likelihood among members of the World Economic Forum’s multistakeholder community; three of the top five risks by impact are also environmental.

“Failure of climate change mitigation and adaption” is the number one risk by impact and number two by likelihood over the next 10 years, according to our survey. Members of the Global Shapers Community—the Forum’s younger constituents—show even more concern, ranking environmental issues as the top risks in both the short and long terms.

The Forum’s multistakeholder network rate “biodiversity loss” as the second most impactful and third most likely risk for the next decade. The current rate of extinction is tens to hundreds of times higher than the average over the past 10 million years—and it is accelerating. Biodiversity loss has critical implications for humanity, from the collapse of food and health systems to the disruption of entire supply chains.

More than 50% of the world’s population is now online, approximately one million people go online for their first time each day, and two-thirds of the global population own a mobile device. While digital technology is bringing tremendous economic and societal benefits to much of the global population, issues such as unequal access to the internet, the lack of a global technology governance framework and cyber insecurity all pose significant risk. Geopolitical and geo-economic uncertainty— including the possibility of fragmented cyberspace—also threaten to prevent the full potential of next generation technologies from being realized. Respondents to our survey rated “information infrastructure breakdown” as the sixth most impactful risk in the years until 2030.

Health systems around the world are at risk of becoming unfit for purpose. New vulnerabilities resulting from changing societal, environmental, demographic and technological patterns threaten to undo the dramatic gains in wellness and prosperity that health systems have supported over the last century. Non-communicable diseases— such as cardiovascular diseases and mental illness—have replaced infectious diseases as the leading cause of death, while increases in longevity and the economic and societal costs of managing chronic diseases have put healthcare systems in many countries under stress. Progress against pandemics is also being undermined by vaccine hesitancy and drug resistance, making it increasingly difficult to land the final blow against some of humanity’s biggest killers. As existing health risks resurge and new ones emerge, humanity’s past successes in overcoming health challenges are no guarantee of
future results.

Window of opportunity is closing

There is still scope for stakeholders to address these risks, but the window
of opportunity is closing. Coordinated, multistakeholder action is needed quickly to mitigate against the worst outcomes and build resiliency across communities and businesses.