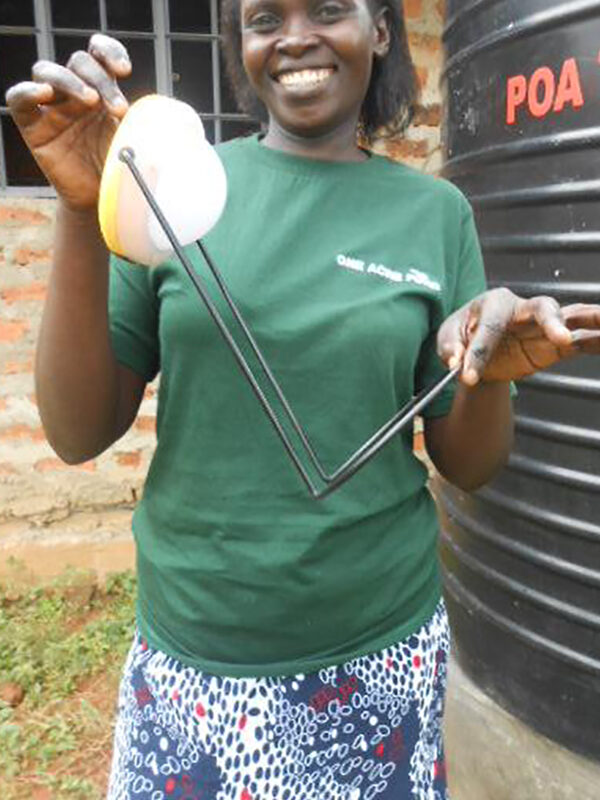 Hellen’s Group is formed by eight farmers in Alego District and is being represented by Hellen, who is the group leader pictured above. She is 33 years old and has six children. She has been a farmer for 10 years and is often referred to as a very hardworking individual.

Hellen isn’t new to One Acre Fund. She actually joined the program in 2016 and has since noticed her life has changed, especially in the sense that she has been able to consistently feed her family ever since.

This year [2019], Hellen will not only get fertilizer and maize seeds as part of her loan, but will also purchase a solar light. She is very excited about this addition since now she will be able to have light during dark hours for her children to be able to study.

Using this loan, Hellen’s Group will purchase a total of eight solar lights and use the farming inputs received to plant a total of 2.25 acres.