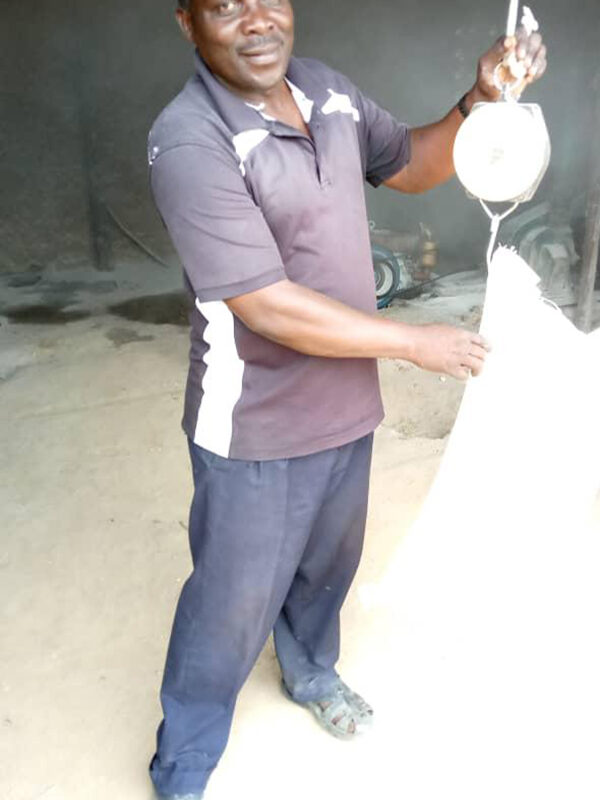 Hunguli is a 58-year-old father with 6 children. Hunguli is married and lived with his wife in Nakivale Refugee Settlement. Hunguli fled to Uganda from Rwanda 20 years ago, following the Rwandan Genocide.

As a way of earning a living, Hunguli and his wife started a maize milling business. Hunguli manages the business which mills maize and other cereals for refugees in the settlement. Currently, Hunguli owns one maize milling machine but the demand for his services go far beyond what he can offer. In a day, he can mill maize for over 40 customers while leaving some unserved.

More about this loan

With the World Food Programme providing un-milled maize to refugees for food, there has been a large increase in the number of people wanting to mill maize. That is why, Hunguli is asking for a loan to be able to purchase a new maize milling machine in order to meet the service demands of his customers. With the new machine, he will be able to serve more customers and double his revenue and profits.

Hunguli’s long term dream is to live a happier life with his family in Uganda – and be able to construct a house outside the settlement.