This year’s risks landscape is green. The urgency of climate change dominates everything: all five of the top risks by likelihood and three by impact are climate related. The backdrop of geopolitical and geo-economic tensions in 2019 sparked unease as the world grappled with “challenges” such as environmental degradation and technological disruption. Fast forward to 2020, and there is a climate emergency. 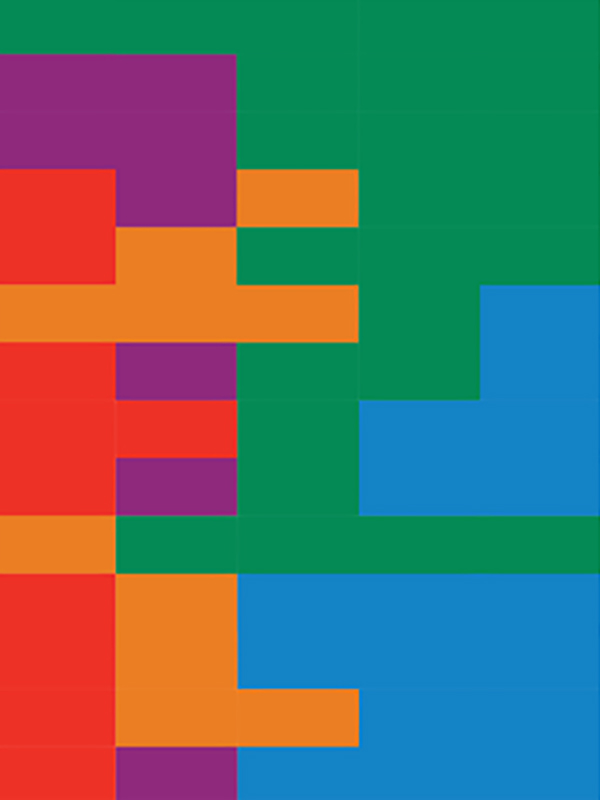 Economic risks are absent from the top five. This is worrying, given the continuing global economic malaise that will limit progress in all other areas, including climate action. As lead author, Emilio Granados Franco, Head of Global Risks and Geopolitical Agenda at the World Economic Forum, suggests, perhaps it is this year’s blind spot, “Because environmental and economic risks are inextricably linked, risk perceptions that account for only one over the other mean blind spots may be arising and integrated mitigation efforts may be lacking.”

The top five global risks in terms of likelihood and severity of impact are: 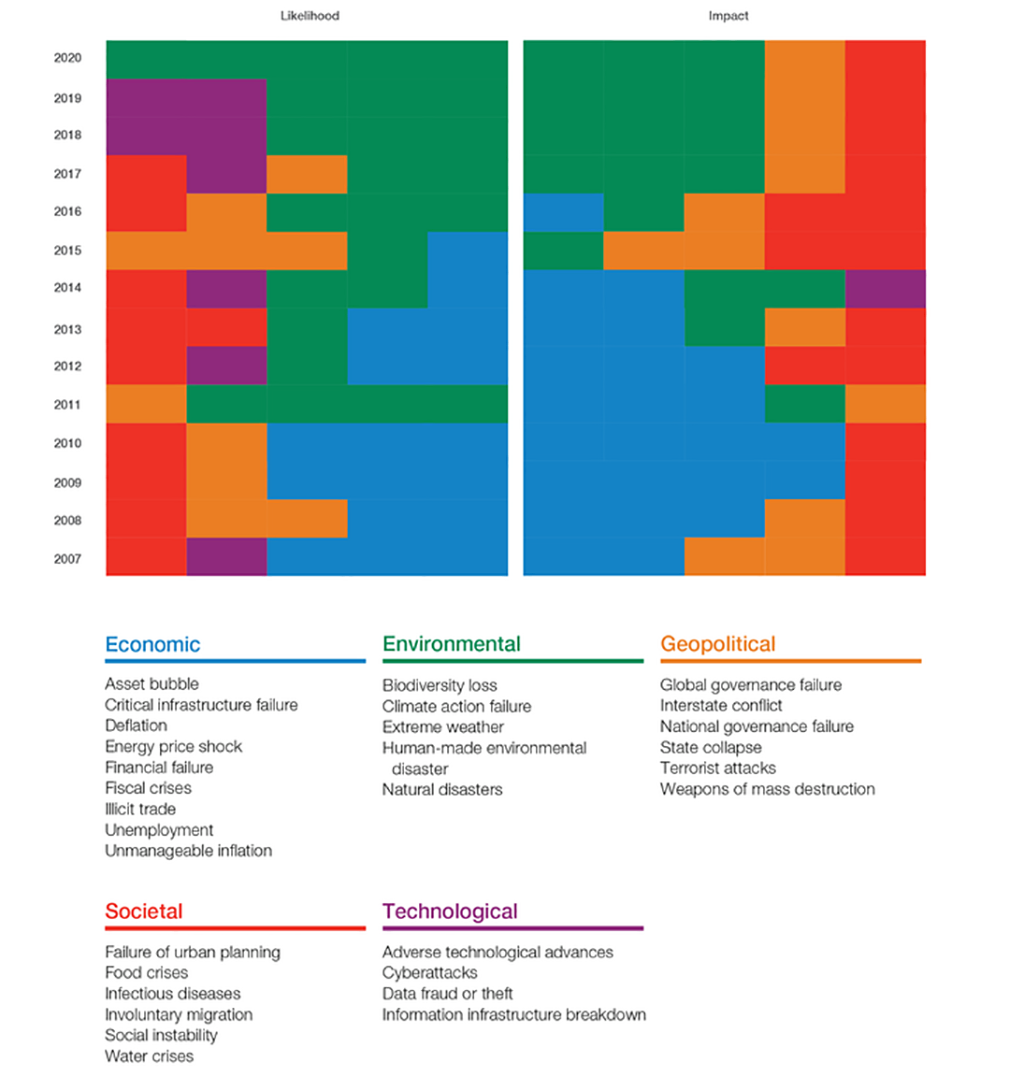 To younger generations especially, the health of the planet is alarming. The report highlights how risks are perceived differently by those born after 1980. They ranked environmental risks higher than other respondents in the short and long terms. Almost 90% of these respondents believe “extreme heat waves”, “destruction of ecosystems” and “health impacted by pollution” will be aggravated in 2020, compared to around 70% for other generations. They also believe that the impact from environmental risks by 2030 will be more catastrophic and more likely.

Cyberattacks on critical infrastructure come fifth. Digital fragmentation more broadly is probably one to watch in the coming years as society grapples with the forces of privacy, ethics, profit and security.

As the 15-year history of the Global Risks Report shows, risks are complex and interconnected. Lose sight of the bigger picture and the headlines can be misleading.

Looking back to the beginning of the last decade, the 2010 report warned, “while sudden shocks can have a huge impact … the biggest risks facing the world today may be from slow failures or creeping risks. Because these failures and risks emerge over a long period of time, their potentially enormous impact and long-term implications can be vastly underestimated.”

Climate was cited as one of these slow burners. It was a prescient warning that went unheeded.

Peter Giger, Group Chief Risk Officer, Zurich Insurance Group, now urges businesses to develop metrics that assess the value of nature to their work. He highlights how the staggering loss of biodiversity – 83% of wild mammals and one-half the world’s plants – makes it harder for ecosystems to adapt to change. The degradation of wetlands, mangroves and coral reefs translate into insurance costs for local businesses. “Investment in sensible, ecological forestry practices would reduce insurance costs for sectors like power and water utilities that might be exposed to wildfire risks.”

Sandrine Dixson-Declève, Co-President of the Club of Rome, stresses that our “patterns of economic growth, development, production and consumption” have not only tipped ecosystems, but “created severe socio-economic hotspots and greater inequality”. She says: “The emergency is not just about ecological breakdown. It is about societal breakdown and acknowledging that as we urgently address the climate and biodiversity risks, we must simultaneously build new economic, social and financial systems”.

This year economic and political polarization is on the rise, at a time when there is more need than ever to unify the response and despite warnings in 2010 of gaps in global governance and inadequate investment in infrastructure. Of some 750 global experts and decision-makers, 78% think “economic confrontations” and “domestic political polarization” are likely to rise and will have severe impact in 2020.

John Drzik, Chairman of Marsh & McLennan, puts the onus on the private sector to take the lead. He highlights that with limited multilateral progress, businesses must act cohesively to mitigate risk and find opportunity. He sets out clear guidance on how to become more strategically resilient in the face of climate threats to business operations and explains how to find new and expanded market opportunities.

Risk is a risk in itself

Risk analysis should not be seen in an ahistorical context. The evaluation of risk first gained momentum in the 18th century with a flurry of intellectual activity on the mathematical theory of probability – which can in part be linked to the rise of capitalism – or the desire of the growing private sector for improved methods of business calculation and economic security. Modern-day risk analysis shapes decisions, sets forecasts and reveals opportunities. It’s why the World Economic Forum sets the agenda for the year with the launch of the Global Risks Report every January.

By definition, however, risks have uncertain outcomes. The human system of risk analysis emphasizes instinct over intellect and emotion over reason. Perception is necessarily subjective,which is a risk in itself. There is an imperative, therefore, to heed what is unsaid, avoid reductionism and watch out for the silent, but potentially deadly risks that are masked by the more obvious ones. Climate-related issues have been simmering for at least a decade and now the world is at a tipping point. This year’s hidden risks – like the economy – are unwisely ignored.

The question is how to use the now highly sophisticated risk awareness to read between the lines, to understand the interconnectedness of risks and to use a systems-change approach to propel change. So the 50th Annual Meeting in Davos approaches, the relevance of cohesive action is ever-more compelling as all stakeholders gather to focus on shared, critical global tasks.