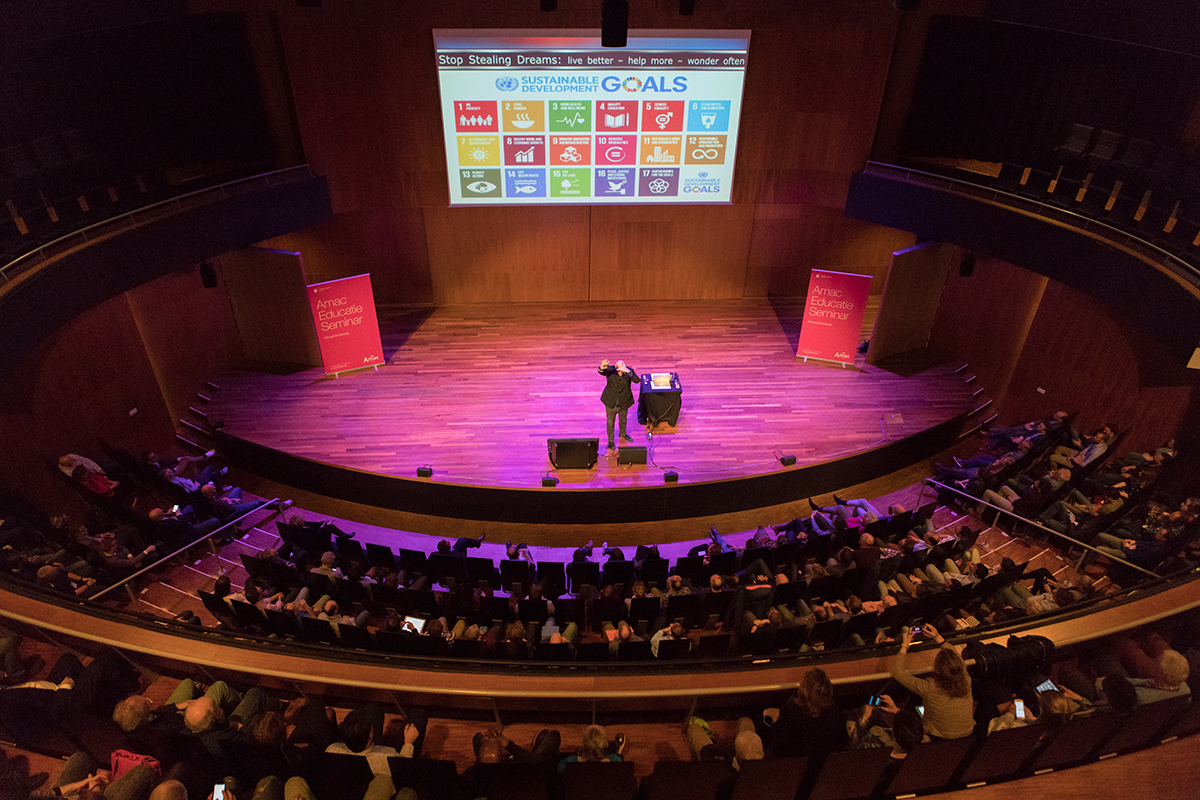 17 goals for one purpose

The UN’s Sustainable Development Goals are the ultimate compass for humanity. It connects governments, businesses and societies in one Purpose, with seventeen goals, 169 sub-targets and 230 indicators.  Together they form the global sustainability agenda to 2030. They apply to all countries and to all organizations and people.

The SDGs are important because our world is increasingly demanding greater sustainability. Companies, institutions and people are more and more focussed on social and environmental impact and putting it higher on the agenda. Not only because all stakeholders expect it, but also because they are intrinsically motivated to do so. But how do you anchor sustainability in the Purpose, Mission and Vision? How do you find an optimal balance between value creation (doing good) and result (doing well).

Since the Millennium Development Goals of 2000, much progress has been made. The number of children attending school has increased by nearly 50 million. HIV infection rates have more than halved, as have child mortality rates. More than 2.3 billion people have access to clean drinking water. Extreme poverty has been cut in half in 15 years. The march of malaria and TB came to an end.  But why stop halfway? Have you ever seen Husain Bolt stop after 50 meters during a race?

Overall, we are lagging behind the 2030 agenda. The decade of concrete and targeted action is upon us to comprehensively implement the ambitious calendar and agreed actions, so that by 2030 we achieve the goals.

The current decade of action calls for accelerating sustainable solutions to the world’s all-time greatest challenges – from poverty to climate change and from inequality to closing the financial gap.

In September 2019, the UN Secretary-General called for stakeholder mobilization at three levels for:

And that’s exactly what I do as an SDG ambassador. Everywhere, whenever it is possible and obviously relevant. During my talks, lectures. In my books and other publications. 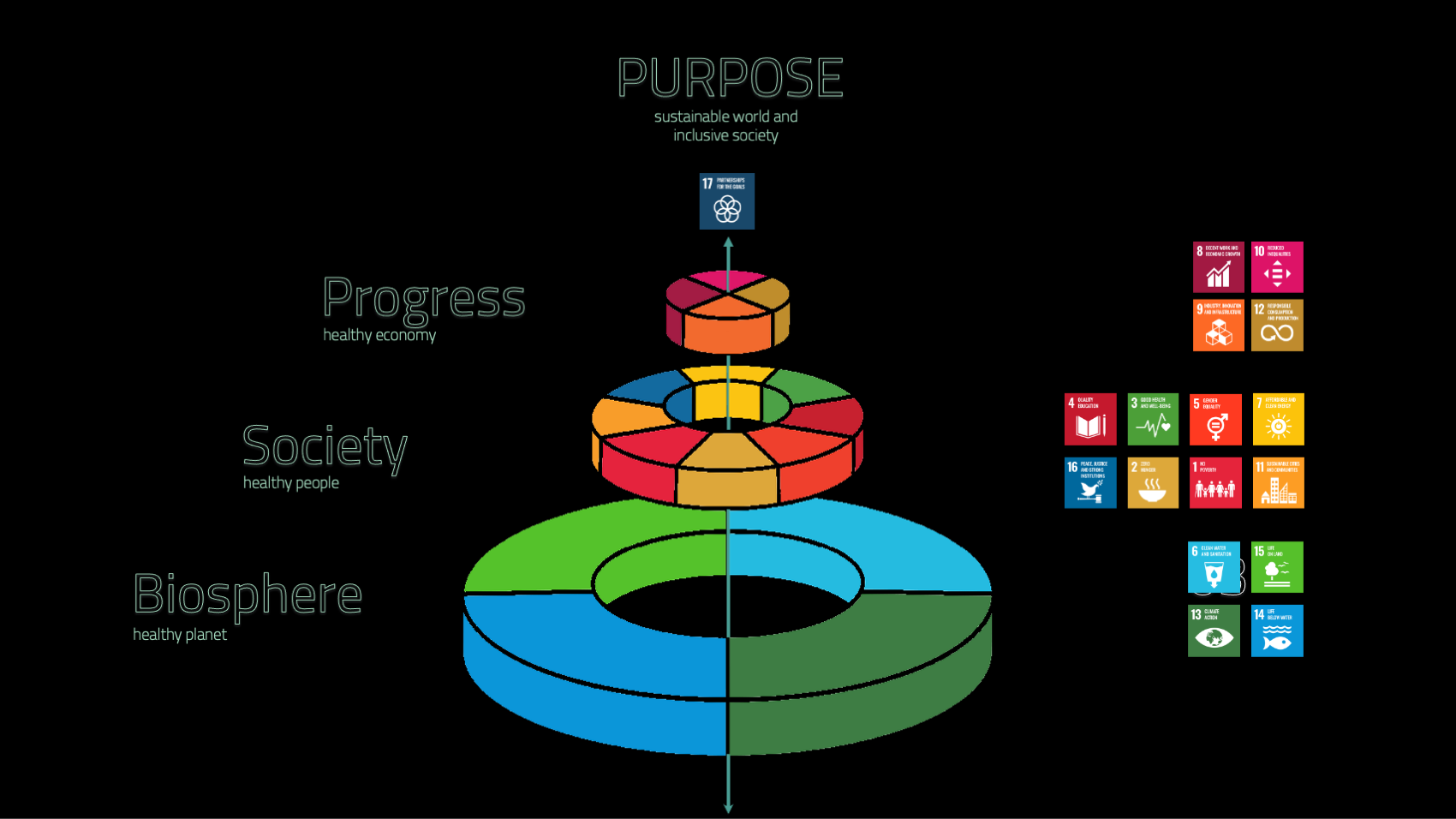 Desire entanglement with one purpose

Seven of the ten biggest challenges facing humanity, according to the 16th edition of the ‘Global Risk Report 2021’ are ecological  risiks. Problems caused by people. The good news then is that people and organizations can also solve them. Logically, I think ‘Climate Change’ [SDG 13] is at the top of my agenda. According to the World Economic Forum, it poses our greatest threat to our prosperity and also our well-being.

8 billion people face an inevitable upheaval. An irreversible reset of the economic systeem and the way we live and work. For me, this cultural- and behavioral change start at our schools with “quality education” [SDG 4]. A fundamental reset of the economic system is also needed for greater inclusiveness [SDG 5] for all people. Furthermore, I talk and write a lot about meaningful living, in good health and well-being [SDG 3]. In which we consume and produce responsibly [SDG 12].

Not Profit but Progress (purpose) is the third P. Profit is no more than a desirable result of the Purpose (just like survival); the creation of value – financially, socially and economically. This cannot be achieved without ‘Partnership for Goals [SDG 17] and cooperation in radical dependency. For me, Goal 17 has absolute top priority. Connecting and mobilizing people and organization to work in desire interdependence to realize the 17 SDGs and the mutual, profound purpose: create progress for the planet and all that lives on it. Real progress; not only financially, but also socially and environmentally. 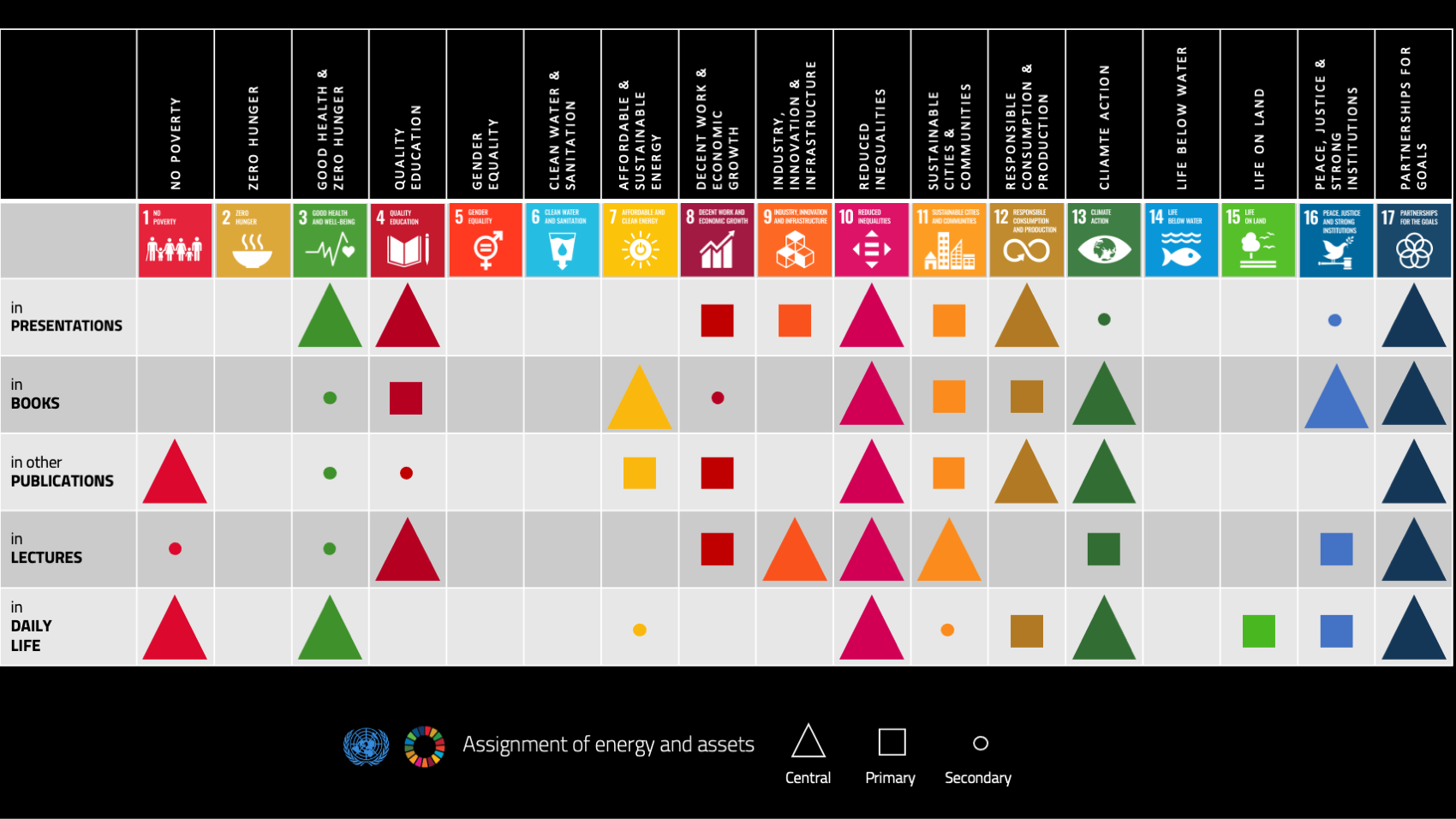 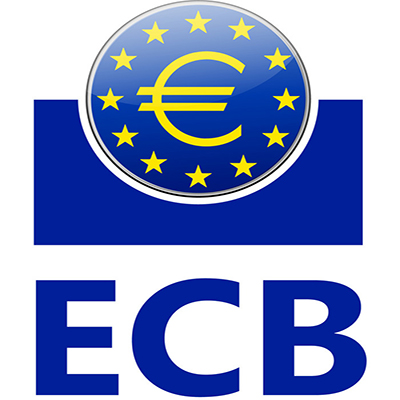 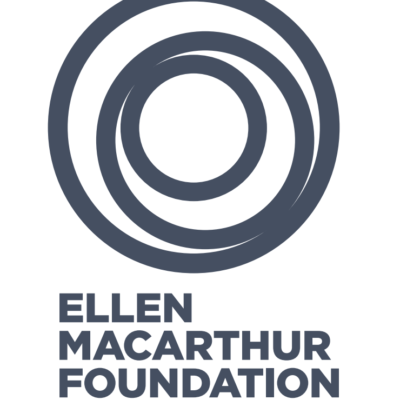 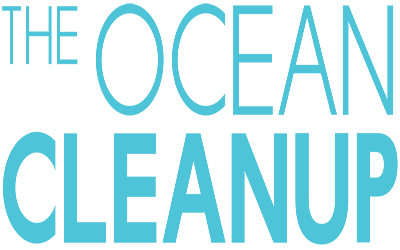 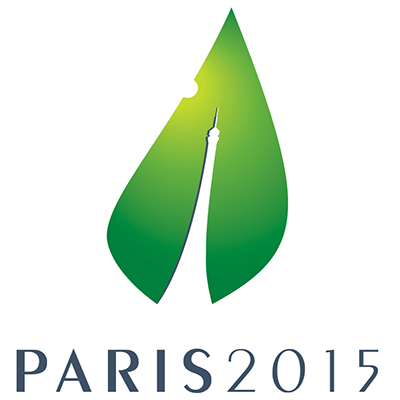 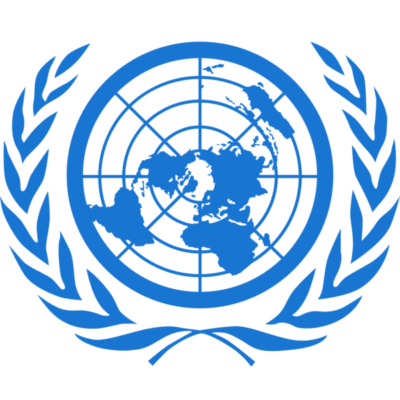 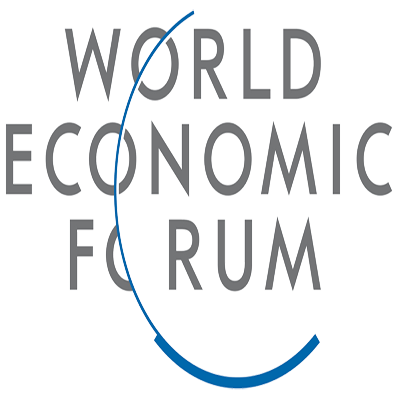 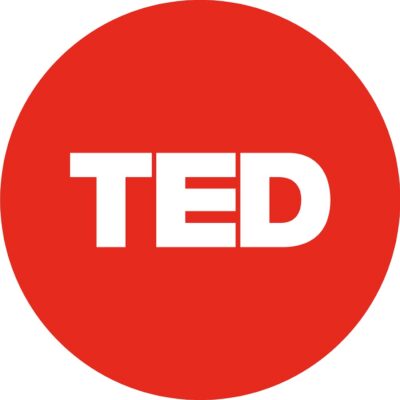 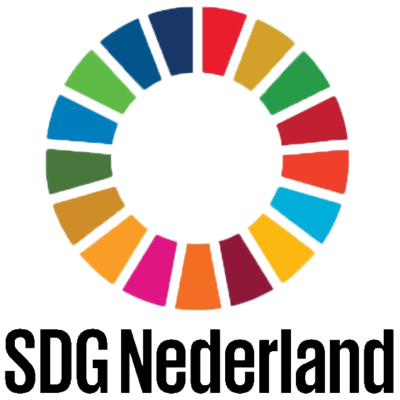 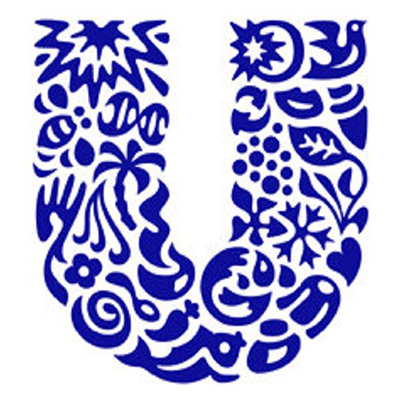 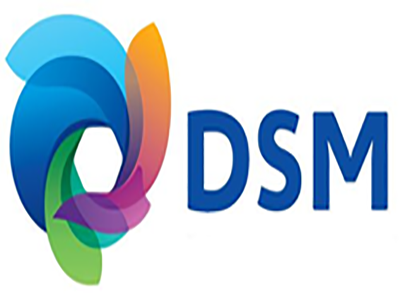 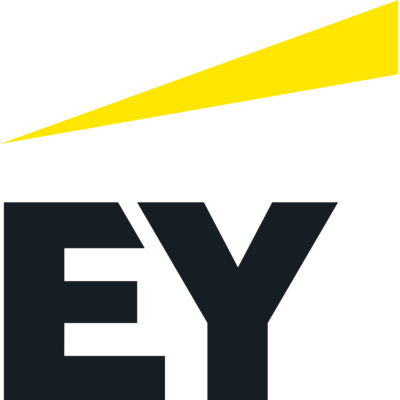 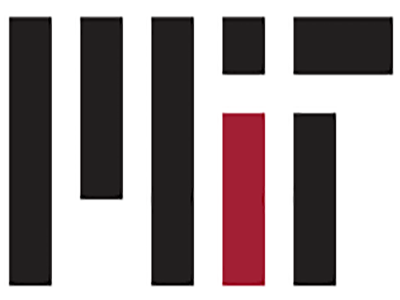 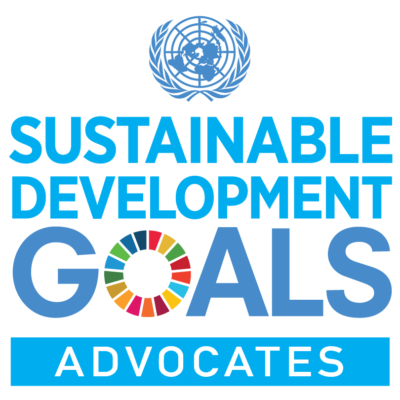 I have a proven track record of almost 30 years as a thought leader, sustainable entrepreneur and impact investor.

As a progressor, I work day to day to create a more sustainable world and fair society.

As a philosopher and scientist, I easily separate sense from nonsense, just like goals from meaning and purpose.

As Homo Verus, I am part of both nature and society and therefore live and work within the limits of our planet and human potential.

As an impact investor, I have had the opportunity to lead several large and small funds over the past 20 years. The intent was as clear as simple; doing well by doing good. To create value and progress for all stakeholders. As an investor, what could be more enjoyable and meaningful than getting a good return by creating real progress for as many people as possible on all continents?

I have had the opportunity to invest more than 8 billion USD through family funds in start-ups, scale-ups, projects and the internationalization of successful companies.  We were one of the first investors in LinkedIn (2002) and Tesla (2003). As a co-investor, we were involved in projects with UNOPS, Blackrock, Twinning, Novo Nordisk, GenMab, SunPower Corp and Celltrion.

As of 2019, I am only active as a minor investor and involved in various funds and projects, such as Speakers for Good and The Academy for Good.

My international experience as an impact investor and knowledge gained across many sectors, help me tremendously in my work as a future thinker, motivational speaker and best selling author. Most of my hilarious anecdotes are therefore from my own practice and experience.

As an impact investor, the main focus was on sustainable business and creating value for all stakeholders; socially, environmentally and economically. Not infrequently, I have been inspired by biomimicry – the science and art of copying the best biological ideas and concepts in nature. As inspiration for applications in our human world and to improve and make our economy, society and society more sustainable.

As an impact investor and sustainable entrepreneur, I was involved in projects with the Biomimicry Institute, Threshold Foundation and the Leonardo Dicaprio Foundation, among others.

As a thought leader, I always stayed true to my profound purpose and non-negotiable values for almost thirty years. Even when the majority disagreed or the scorn descended on me.

Important principles: compassion, empathic listening, walk the talk, sharing enthusiasm, self-development and gathering relevant knowledge and facts. And being open to criticism and daring to let go of your own limiting beliefs.

After my studies and volunteer work, my career took off during a collaboration and multi-year assignment at IBM HQ and McKinsey through Desisco [1983-1987].

During my role as CEO of Net Ventures [1999-2009], I was an investor at the birth of Park-line [2002], among others, and was responsible for the integrated acquisition and merger of Park-line and Parkmobile, the company I founded in 2002 and sold to BMW in 2016.

Very recently I founded Speakers For Good [2020], an international boutique speakers agency In Amsterdam. Unique in its kind because it is 100% ‘purpose driven’. An inspiring organization where our planet and 8 billion people get a voice that is heard.

I consider myself a passionate and rebellious scientist who helps people and organizations daily to create the world that almost everyone desires. I call for wise reflections and movement and make a non-exempt appeal to the head and heart, without putting people or organizations in harm’s way. It’s not about what your intentions are, but about what you demonstrably do and don’t do.

I apply science pragmatically in my daily life and work. No complicated academic treatises on economics or philosophical fallacies on extinction. Just concrete facts, objective reflections, and critical considerations. In simple language and in the here and now.

On the way to tomorrow, the day after and beyond. Based on vital ideas and solutions that create real progress for all stakeholders. Leaving nobody behind.

My studies philosophy (in Amsterdam, Paris and New York) and business administration (Boston) help me to emancipate science, philosophy and the emerging future. Not only by showing people and organizations how accessible this is, but especially by stimulating them to do something concrete with it. For example, to create real progress, and not just financially, but also ecologically and socially.

I am not obstructively optimistic and am more of a fresh-eyed than a black-eyed observer, and like to consider the serious challenges facing humanity in the seemingly light, everyday here and now.

As a philosopher and future thinker, I understand the art of questioning by reference to the great philosophers. This leads to more awareness and reflection and is important in an era of fake news, where everyone is talking at the same time and opinions quickly take on the apparent value of facts.

The result is that I stimulate people and organizations to ask themselves and others essential and true questions that surprise and make you think. As a result, reflections and conversations lead to more depth and connection. With the other, with yourself and with the deeper intentions.

Born, raised and living in Amsterdam and married to my dear Jeannette. Father to Martine, Floyd and Eva and together with Jeannette we cherish eight lovely and passionate children.

In my lectures and publications I often talk about the Homo Verus, the ‘truly wise man’. The inevitable successor of the Homo Economicus.

The ‘species’ of Homo Economicus has made people and planet subservient to economic growth and prosperity. Because of this we live in bubbles, which seem beautiful, but are in fact unrealistic and more often immoral and inhuman.

As Homo Verus, I live and work from the principle that people are also part of nature, rather than, for example, stewards or the immoral operator of it. And that we must connect differently, in radical interdependence, with each other and with nature.

clik here for my manifesto… 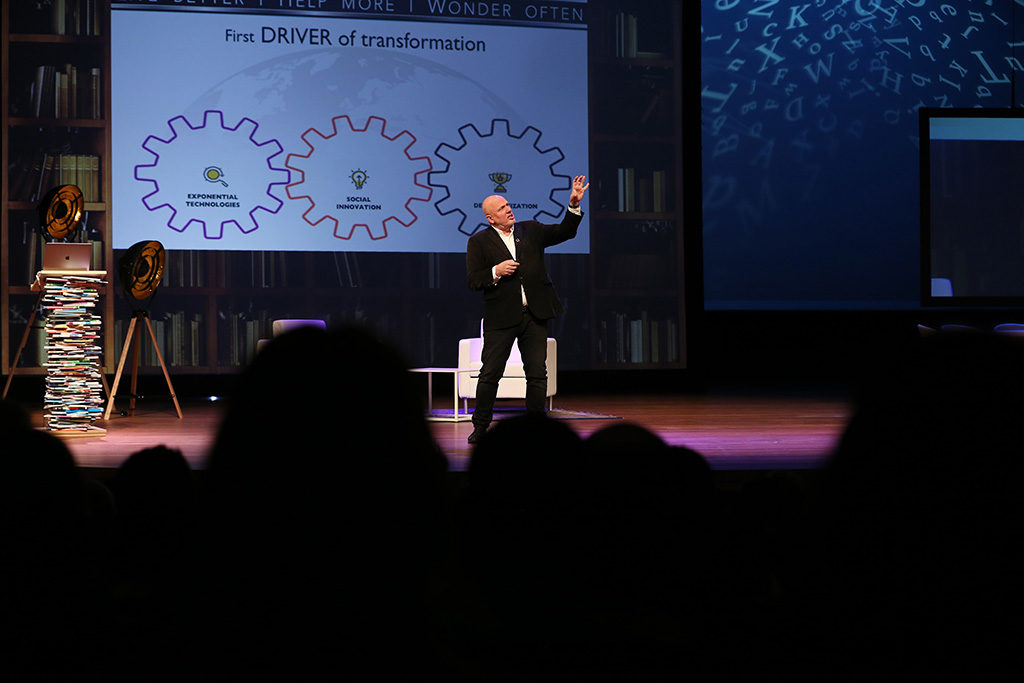