Urgent letter from Mother Earth to us – amidst the pandemic

Dear Humanity, Earth here! Remember me? This is your eternal mother who feeds you, quenches your thirst and gives you this gift of life. It has been a long while since I last wrote to you, but I feel obliged to share my thoughts amid the health crisis you currently face.

Hopefully you will take my letter of three revelations seriously and find the wisdom needed to debunk the myth of your own greatness. Together we are radically dependent on everything that lives on me, and the urge has come that humanity reconnects in mutual desire for a better world. For without a healthy planet, healthy people and a healthy economy are simply utopia.

I deeply regret that the homo economicus no longer realizes that the economy and prosperity are radically dependent on a healthy planet and healthy people. The myth of your greatness is as shocking as it is naive. It is even more downright shocking to see that you have not only come to believe in this myth, but have simultaneously forgotten that it is only a myth. That is why I have slowed down the engines of your economic system, which is worshipped as if it were the creator of all good things. More specifically, my goal was to make your specie reflect on the enormous damage you have done to me.  And ultimately yourself.

Allow me also to stipulate that I am deeply sorry for the severe loss of life you have endured. It was not my intention that the COVID-19 virus would have such a devastating impact on you. Please trust that I never act with malicious intent. My actions always stem from the perfect harmony and flow of the Cosmos. But if you continue to diminish the habitat of all that lives and is dear to me and clump yourselves together in polluted metropolises, then you cannot and must not blame me and nature for the consequences of your negligent actions.

Inequality is an ideology and a political choice

Unfortunately, your megalomaniac rulers are most to blame for these tragic deaths. If the systems of power had nurtured primarily the poor, elderly and most vulnerable in society, many more lives could have been saved. But the human authorities insist that the illusory thing you call economics and prosperity, must take precedence over the welfare of the Commons, namely all the inhabitants of the Earth. Greed and a lack of respect for life is a creed that only leads to mass suffering. I heard from my Earth Keepers that your rich countries spend some 135 billion USD (0.05% of common wealth) on development aid. Did you know that conversely the poor countries pay over 2 trillion USD per year to the rich countries for repayment, interest on loans and interest and extra premiums due to trade treaties? Inequality is an ideology and a political choice. The great prophets of mankind with their religions and traditions taught this as well.

All this brings me to the main point of why I am writing you this letter: to urge you to reflect deeply and in all your wisdom and humanity. I hope that the COVID pandemic contributes to the following three important revelations.

Revelation 1: you are at my mercy

I hope that the past twelve months have made you realize that you are here at my mercy. Through this virus, I have clearly shown you that at the push of a button I can summon the forces of nature to disrupt and even overthrow your hubris, broken systems and institutions! And I have always been able to do that, by causing natural disasters such as tornadoes, hurricanes, earthquakes, tsunamis, floods, volcanic eruptions and even pandemics.

Please know that I give you everything you need to thrive and prosper: abundant food and water; thin, clean air to fill your lungs with; majestic mountains to climb and gain perspective on; crystal clear lakes and rivers to bathe in and cool off; beautiful animals to bond with and sacred plants to heal and enlighten you. In short, your kind is just a small fragment of my infinite consciousness. Without me, there is no you. For I am you, just as you are me.

We are not separate, but one. You are also nature and realize that if you build and exploit structures that harm me, you harm only yourself. It is my dharma, my divine duty, to protect all that is sacred. So, if your kind harms the sacred unity of creation, I am obligated to destroy the very structures that have harmed it.

By the way, how is your economy doing right now? Is it clear yet when the curfew will be lifted? I hope that the vaccine patents will soon be claimed by the governments and the self-enrichment of the corporations that shamelessly realize their goals on the backs of the health of the poor will be stopped. Your goal is clear to me. But what is the deeper meaning of this? Did you know that Pfizer enters into contracts with a strict condition prohibiting governments from disclosing the purchase price. Indeed, you are a special species! But exalted….?

Revelation 2: Your way of life is destructive and finite

The COVID-19 pandemic has painfully demonstrated how unwisely your species has lived. A true civilization learns and lives by the values of peace, unity and love. A truly civilized species also realizes its inherent unity with the Earth, and would never harm me. A truly civilized nation is one that cultivates the presence of loving consciousness in both their elders and their youth.

Based on your actions over the past decades, it seems that your political leaders and captains of industry show little concern for the fate of our planet and humanity. Massive deforestation, catastrophic climate change and oil and nuclear spills. Or the widespread pollution of rivers, lakes and oceans and the mass extinction of my living creatures. These are just examples of the ways your addiction to consumerism and economic growth has desecrated my mind and body.

I hope the pandemic is an important moment of reflection for you. Because in the wake of the closure of your industries, I am actually beginning to heal. You could speak of a come-back. By the way, did you know that people in the cities of India can now see my glorious snow-capped peaks in the Himalayas for the first time in half a century!!!!

I cannot adequately describe how good it feels to have this respite from your unbridled and frantic development plans! Thanks to corona, as a medicine rather than a virus. In the year that I have brought your economy to a standstill, my air is cleaner, much of my water is swimmable again, and that noxious smog that eternally hangs over your cities is gone. My children, it feels so good to breathe again!

Despite the misguided ways of your dominant culture, there is a path that will bring you eternal peace, harmony and connection with Self. The sacred and ancient traditions of your indigenous peoples contain the secrets to both your future happiness and survival. Regardless of where or when my beloved indigenous peoples originated, they all have three things in common, beyond space and time and far above your humanity and what you refer to as “modern civilization:

Unfortunately, you are at a dangerous crossroads. Right now, you so desperately need the wisdom of your indigenous peoples, but you have destroyed the foundations of their cultures! The big question is do you want to return to the Commons? The common good again at the center. In good balance between me as a planet and with your economy and society. A proper balance between market, government and society.

Instead of honoring the faithful, indigenous devotees of Earth, you insist on desecrating their sacred lands, converting them to your diabolical industrial creed, and relegating these proud peoples to a life of deprivation and detachment from their spiritual traditions.

Shame on all your “leaders” and on their rapacious arrogance and lack of compassion. And shame on you, the people, for your willing complacency and lack of courage to stand up for what is right! In the midst of this health crisis, have many of you ever stopped to think how badly this pandemic could affect your indigenous communities those same communities that have been left vulnerable by your culture’s relentless rapacity over the centuries?

In the end, everything is OK. And if it’s not OK, it’s not the end

In the midst of this crisis, you have shown great concern for your businesses and the elderly and those with underlying health problems. However, how much direct help have you provided to sick indigenous elders who possess the ancient knowledge of YOUR survival through their declining languages and traditions? How much help has been given to the younger generations who are disillusioned with a perceived “learning deficit. How can you have a learning deficit when learning is life?

I want to end this letter with a positive and uplifting message. ALL HOPE IS NOT YET LOST! It is not too late to change your ways. To let go of your limiting beliefs and prejudices. To connect with nature. And with each other. And with Self. In radical interdependence through a mutual desire for a better world.

If all of humanity decides to think deeply about and act upon these three revelations I have laid before you, then the balance of the Earth can be restored and my dream of an eternal union with you can proceed.

Know that I will do everything I can to make you succeed. Because if you succeed, we both succeed. The choice is yours. Use your gift of free will wisely!

With blessings and love, 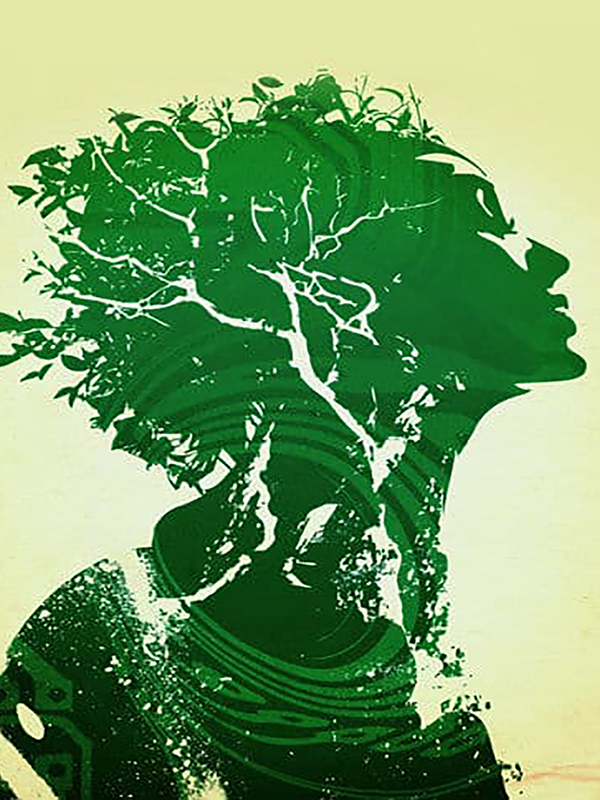 Be the Change You Want to See in the World!

THE BIGGER >RESET – exit to a better world

Once Upon A Future – The full and honest story